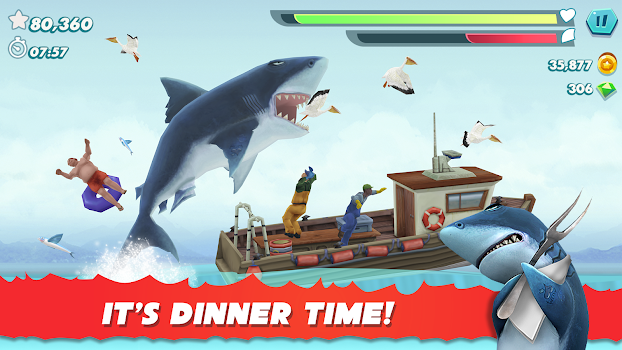 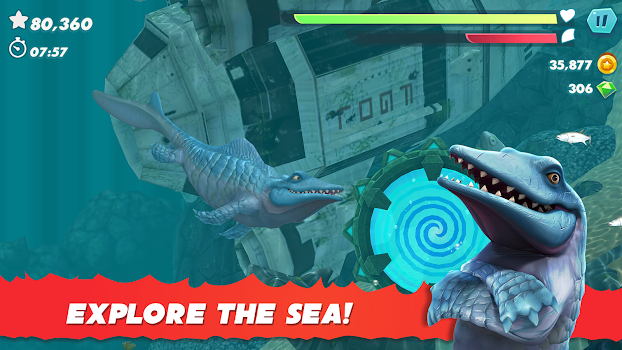 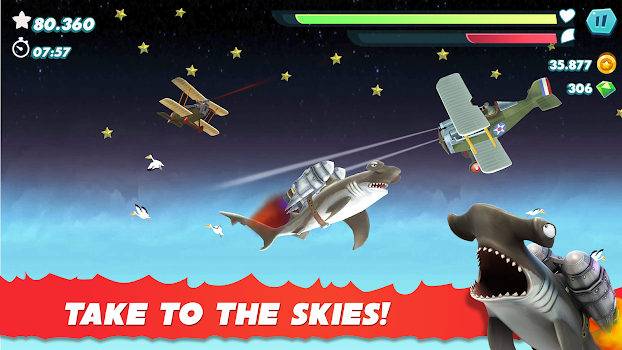 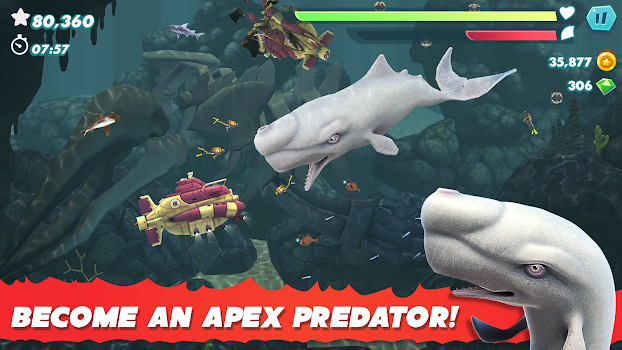 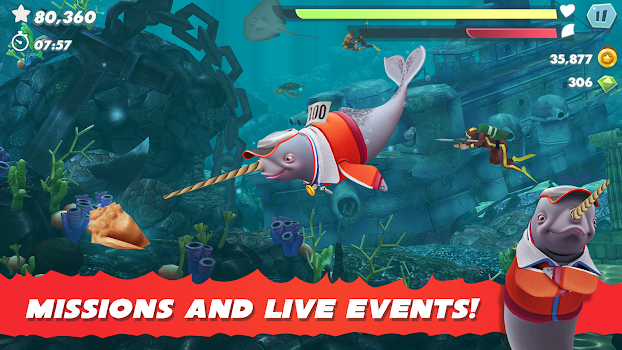 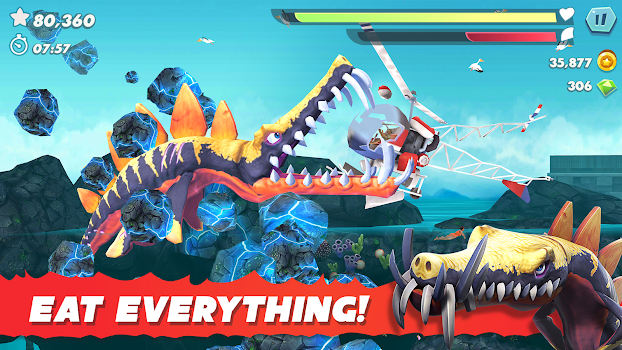 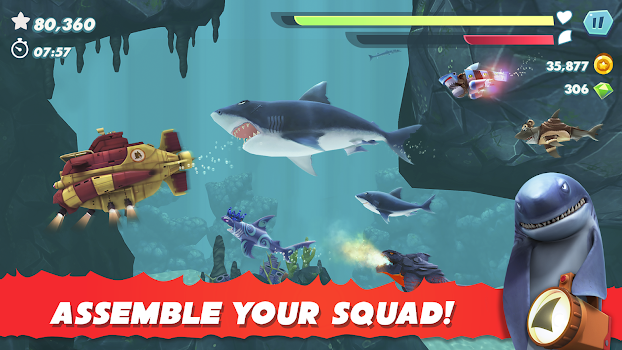 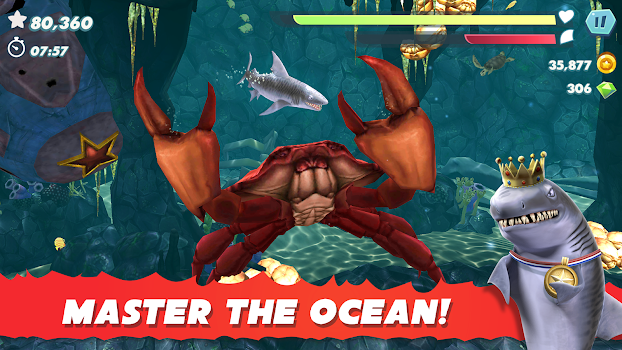 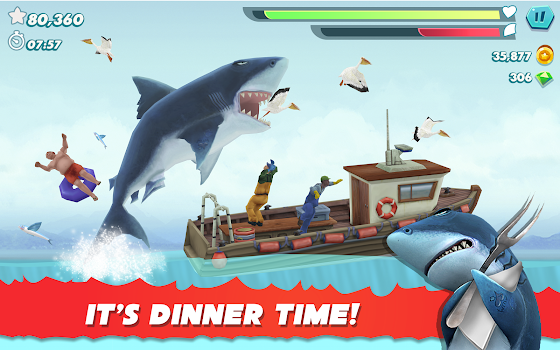 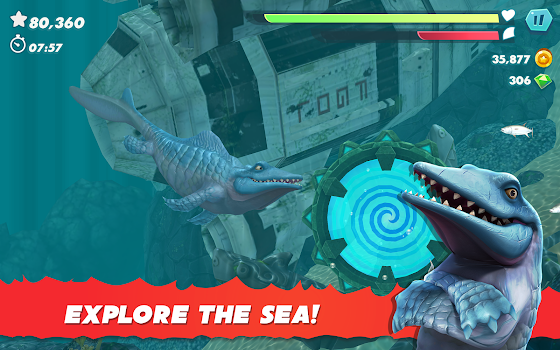 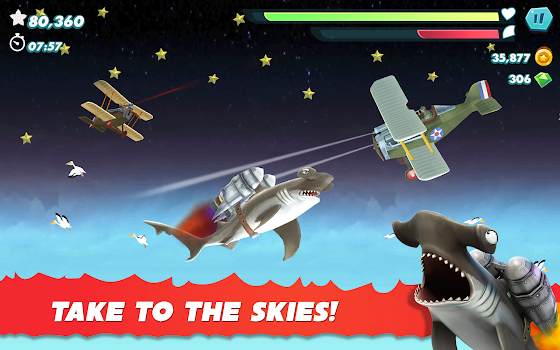 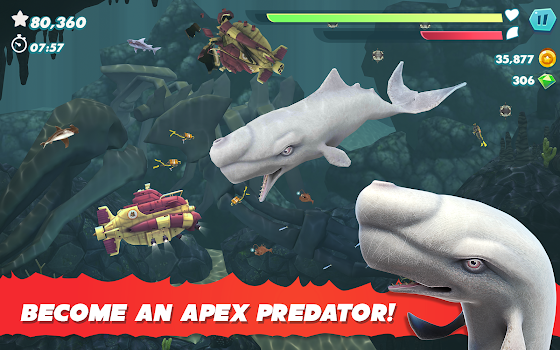 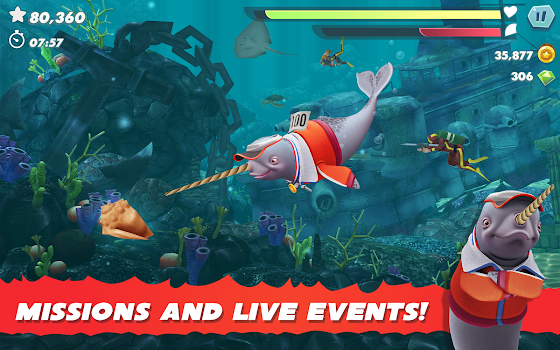 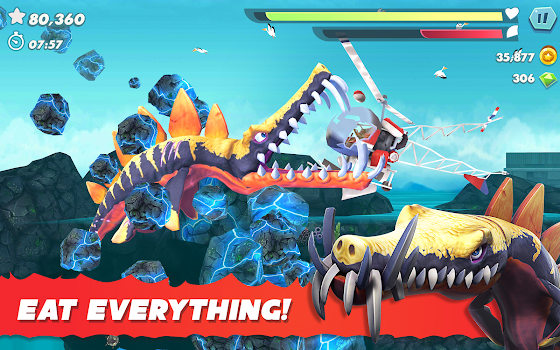 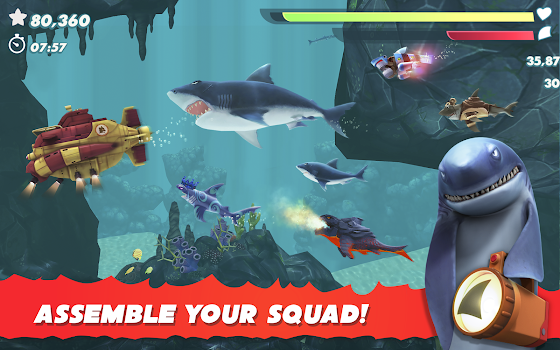 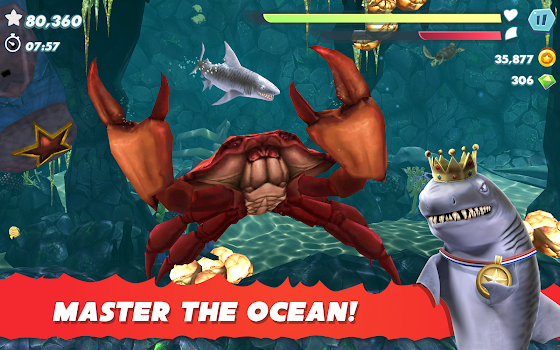 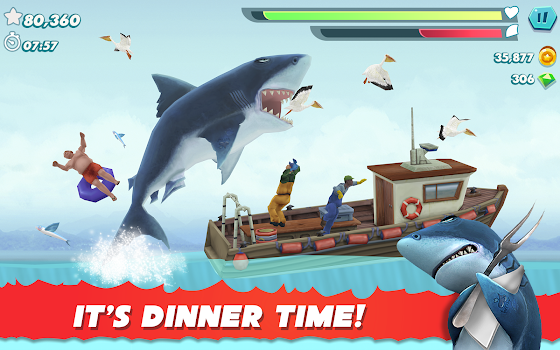 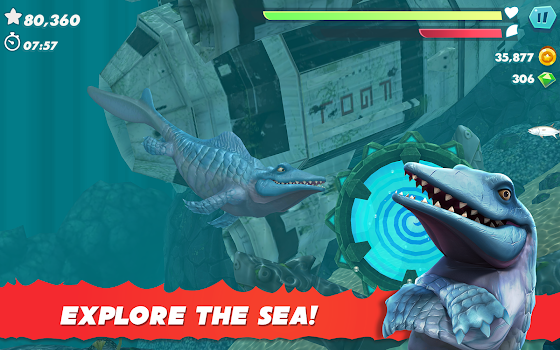 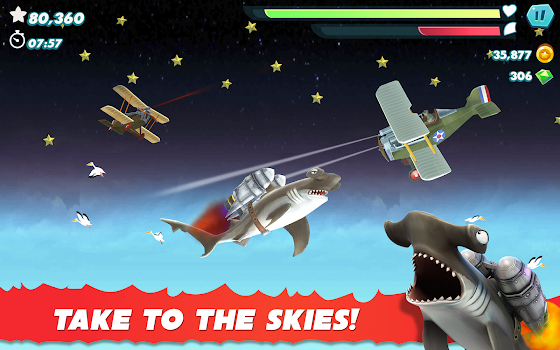 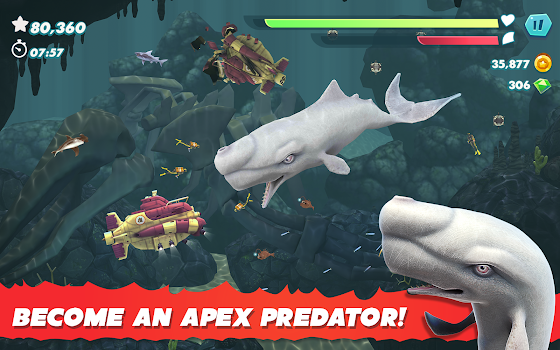 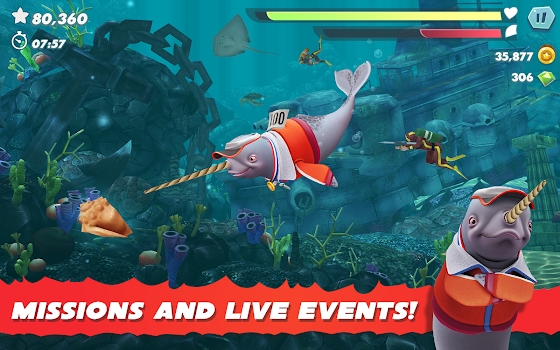 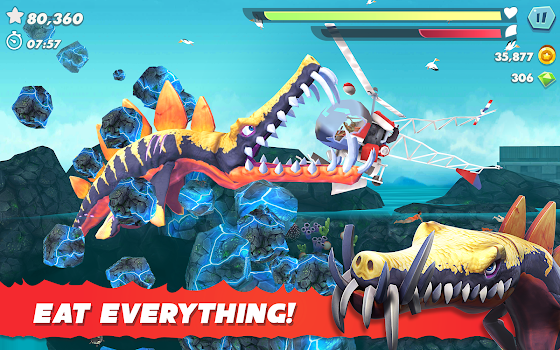 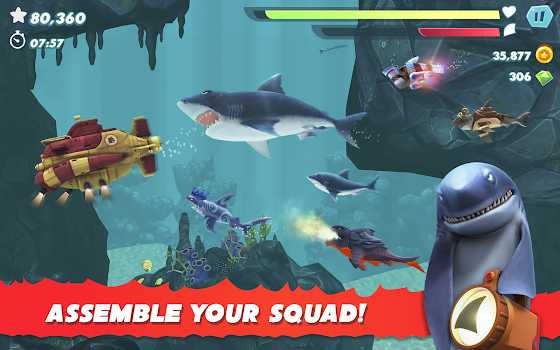 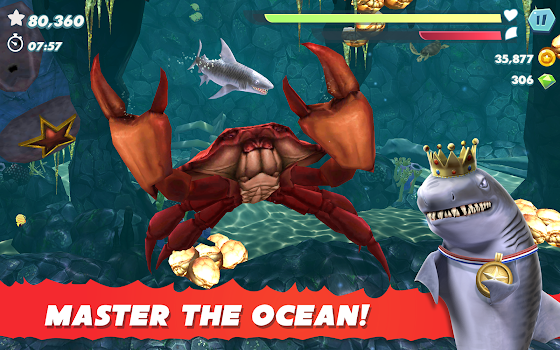 Download APK
What's New:
THE KRAKEN HAS BEEN RELEASED
A legendary sea monster comes to life!
Spectacular and tentacular, the Kraken can grab & destroy boats, change colour when enemies are near, and unleash an insane tentacle saw attack!

Description:
I was introduced by Ubisoft Entertainment developer, Hungry Shark Evolution is a Arcade game on the android platform. the current version is Varies with device released on May 20, 2020. this game has over 322.5 million downloads and 6.8 million votes. the rating is 4.4 stars, you can check the details below.We're the Official game for Shark Week - live every week like it's Shark Week!

Take control of a very Hungry Shark and go on a frantic ocean rampage, surviving as long as possible by eating everything and everyone in your way! Explore a beautiful underwater world and evolve iconic sharks like the Great White and Megalodon!

In this action-packed aquatic adventure you can:
• Unlock more than a dozen unique sharks and other fintastic creatures
• Explore an open world both above and below the waves
• Enjoy jawsome 3D graphics and sound effects
• Discover and devour mysterious creatures of the deep
• Recruit Baby Sharks to boost your predatory powers
• Equip awesome accessories like Lasers, Jetpacks and Top Hats!
• Find and collect sunken Bonus Objects
• Sink your teeth into loads of challenging missions
• Activate Gold Rush to survive longer and score higher
• Take part in regular in-game events and win limited edition prizes
• Attack with intuitive touch or tilt controls
• Play offline wherever you are – no Wi-Fi needed!
• Synchronize your game easily across Android devices

Compatible with Android 4.1 and above.

This app contains In-App Purchases which allow you to buy Gem and Coin currency which can be spent on upgrades and accessories. Gems and Coins can also be collected in game without requiring purchase, or by watching video advertisements from the Treasure screen.
This game contains advertising.

Advertising is disabled if you make any purchase.