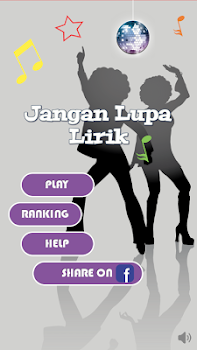 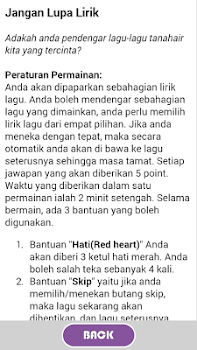 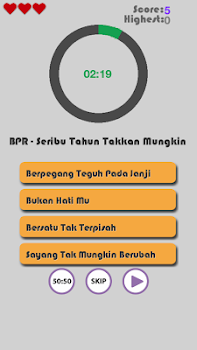 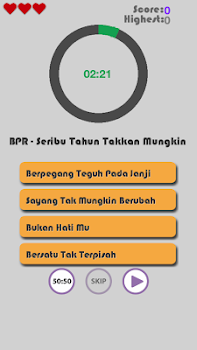 Description:
I was introduced by Gagak Hitam Studio developer, Teka Lirik Lagu Ini is a Music game on the android platform. the current version is 1.0 released on June 19, 2016. this game has over 145.6 thousand downloads and 421 votes. the rating is 3.7 stars, you can check the details below.You will be shown part of the lyrics of popular song. Don't forget the lyrics. You need to select the correct lyrics to a song from the four options. If you guess correctly, then automatically you will be taken to the next song until the end of the game. Every correct answer will be given 5 points. The time given is 2 minutes and 30 seconds. You will get 3 helper to help you throughout the game.
We have more than 2000+ available devices for Samsung, Xiaomi, Huawei, Oppo, Vivo, Motorola, LG, Google, OnePlus, Sony, Tablet ... with so many options, it’s easy for you to choose games or software that fit your device.
» Show More »