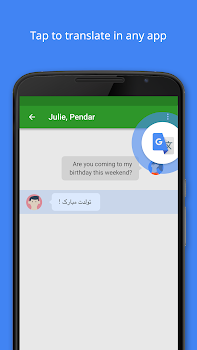 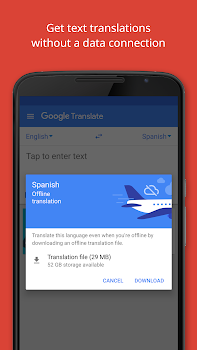 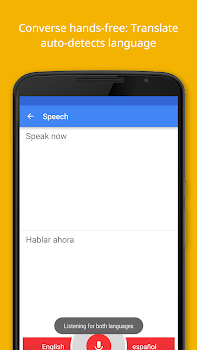 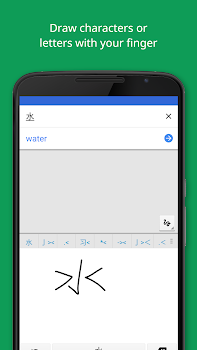 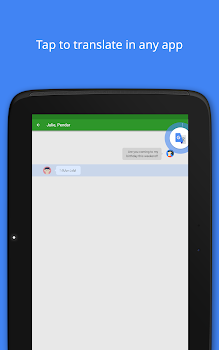 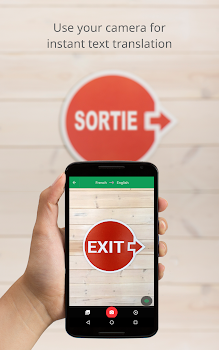 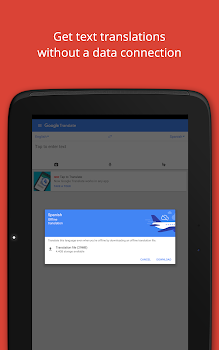 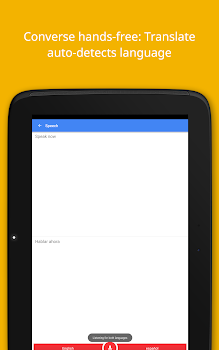 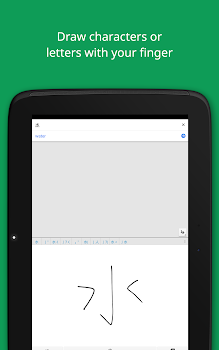 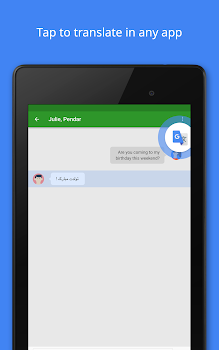 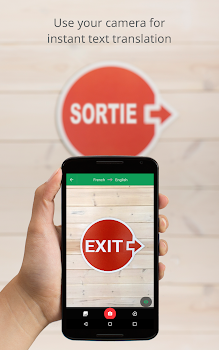 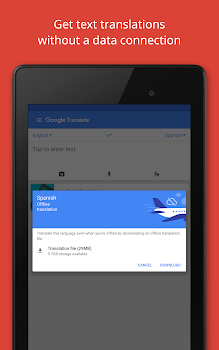 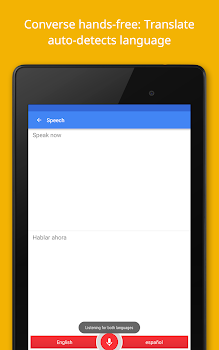 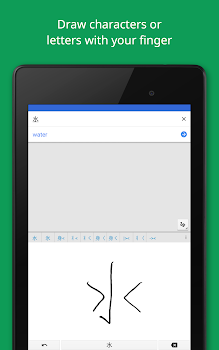 Download APK
What's New:
You can now continuously translate someone speaking a different language in near real-time with the Translate app. For example, translate a classroom lecture or a speech. • The Tap-to-Translate floating icon is now movable and easily dismissable. You can also translate copied text by tapping on the notification itself.

Description:
I was introduced by Google LLC developer, Google Translate is a Tools app on the android platform. the current version is 6.8.0.RC07.310451137 released on May 12, 2020. this app has over 888.9 million downloads and 7.1 million votes. the rating is 4.5 stars, you can check the details below.• Text translation: Translate between 103 languages by typing
• Tap to Translate: Copy text in any app and tap the Google Translate icon to translate (all languages)
• Offline: Translate with no internet connection (59 languages)
• Instant camera translation: Translate text in images instantly by just pointing your camera (88 languages)
• Photos: Take or import photos for higher quality translations (50 languages)
• Conversations: Translate bilingual conversations on the fly (43 languages)
• Handwriting: Draw text characters instead of typing (95 languages)
• Phrasebook: Star and save translated words and phrases for future reference (all languages)
• Cross-device syncing: Login to sync phrasebook between app and desktop

Permissions Notice
Google Translate may ask for permission to access the following features:
• Microphone for speech translation
• Camera for translating text via the camera
• SMS for translating text messages
• External storage for downloading offline translation data
• Accounts and credentials for signing-in and syncing across devices
We are currently offering version 6.8.0.RC07.310451137. this is our latest, most optimized version. it is suitable for many different devices. free download directly apk from the google play store or other versions we’re hosting. moreover, you can download without registration and no login required.