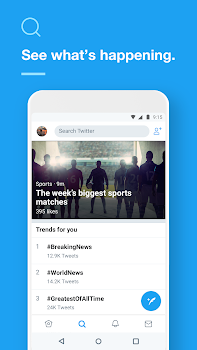 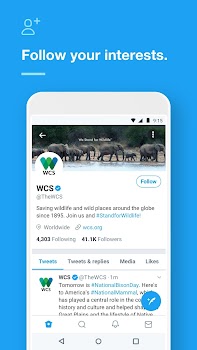 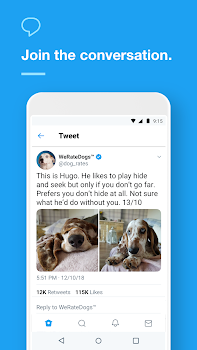 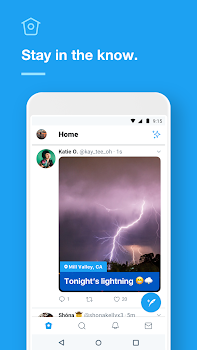 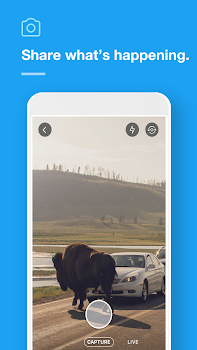 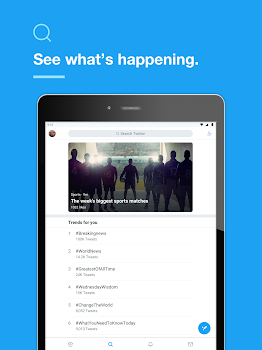 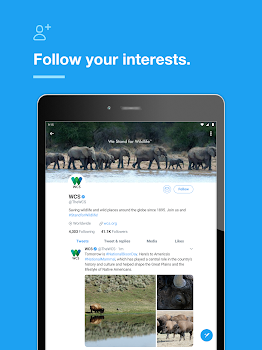 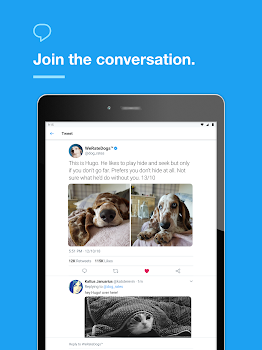 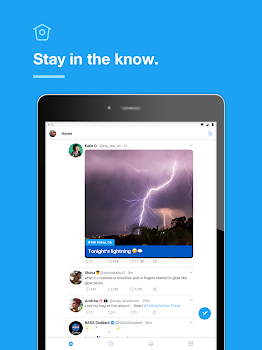 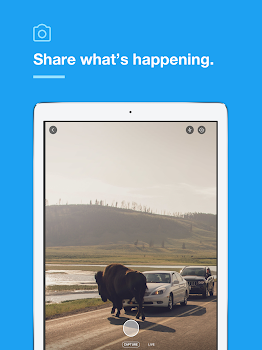 Download APK
Description:
Join the conversation! Twitter is your go-to social networking app and the source for what's happening in the world. From world news to local news, entertainment to sports and gaming, politics to fun stories that go viral, when it happens in the world, it happens on Twitter first. Find friends or follow influential people - every voice can impact the world! Join over 2 BILLION users worldwide!

Tweet, Retweet, Reply to Tweets, Share or Like - Twitter is Easy to Use
Chat privately or go big and initiate a group conversation with anyone who follows you. Track your friends & other Twitter followers or follow your favorite celebrity alongside hundreds of interesting Twitter users, to read their content at a glance. Engage your social network with noteworthy links, photos and videos. Discover which of your Tweets were liked or Retweeted.
» Show More »